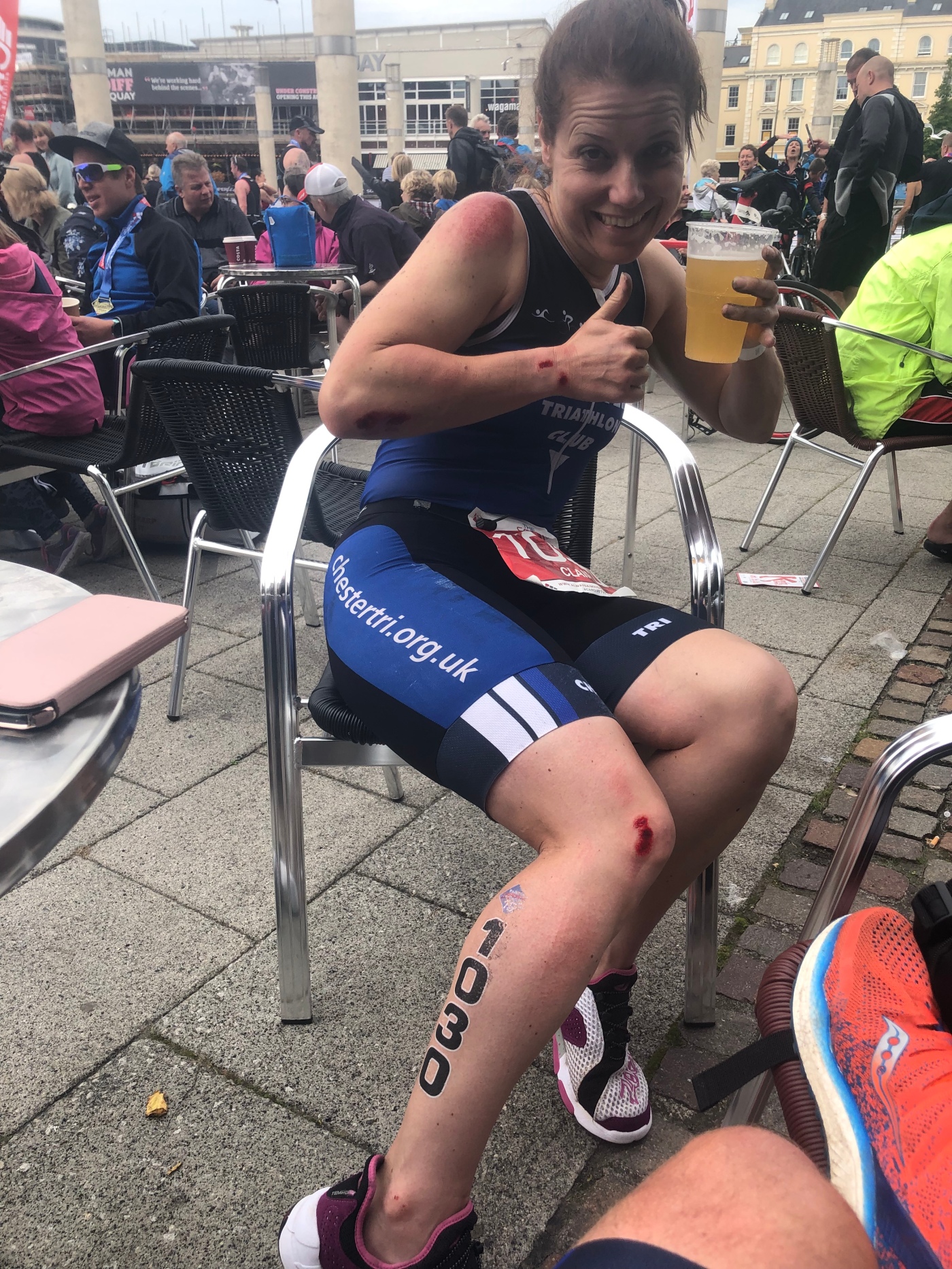 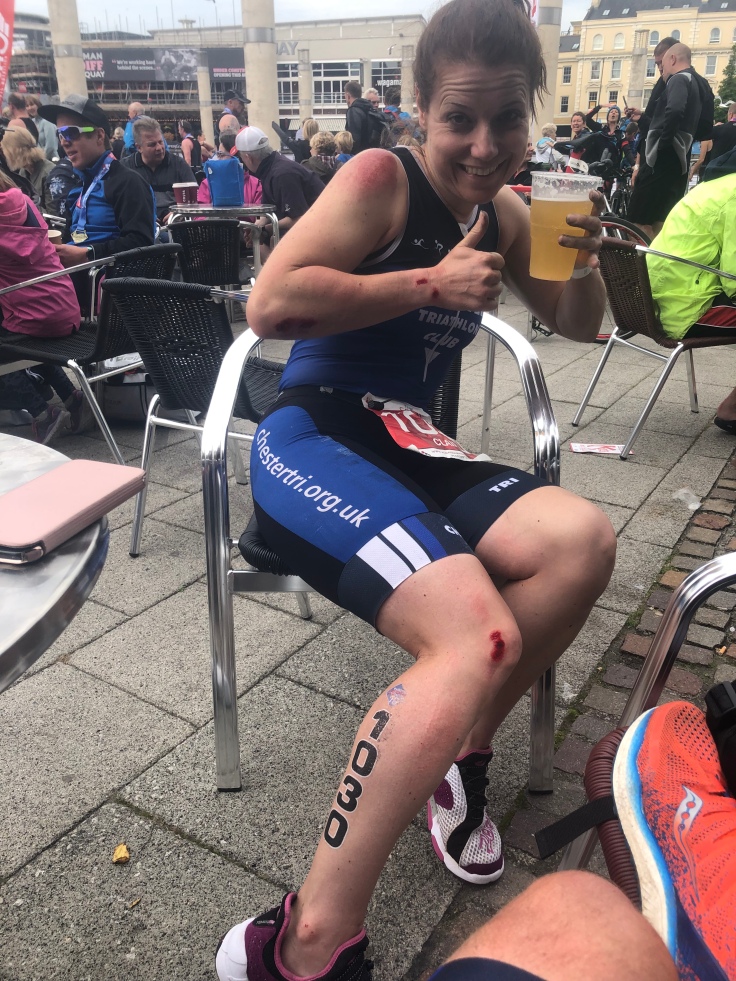 After the highs and lows of the last 2 weeks in particular, I went into this race feeling great. I had a good 2 days rest going into the race as although I was really mentally up for this one, physically my body just wasn’t quite on the same page. The rest really did do me some good and my body felt more prepared for what was to come on race day.

We decided to make a long weekend of it as Cardiff is around 4 hours away from home and with it being Ian’s birthday the week before we thought we would delay the celebrations for after the race and stay the extra night. We also have a good block of around 7 weeks before our next race so some much needed down time mid season was needed!!

We got to Cardiff and registered then headed to our campsite which we had booked into for the evening. It was a fantastic site about 20 minutes from race HQ, it was perfect, such a lovely and peaceful place with great facilities and best of all board games such as Jenga! In fact we just spent the rest evening sat in the sun chilling out and playing board games, a great way to unwind and switch our minds off from race mode. 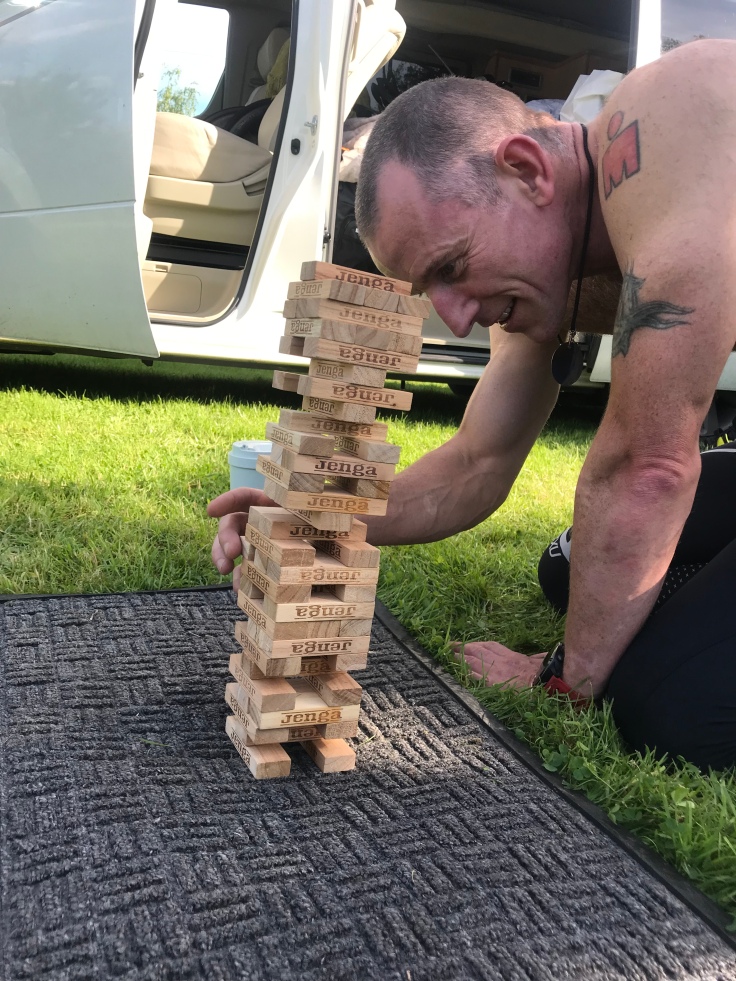 As usual with triathlon we had an early 5am wake up and my race mode was fully switched on, I was focused and ready to go and give it everything I had. We got to race HQ and racked our bikes without saying anything to each other, Ian had been working so hard in the lead up to this race as he was trying to qualify as well so he was super focused and keen to just get on with it! 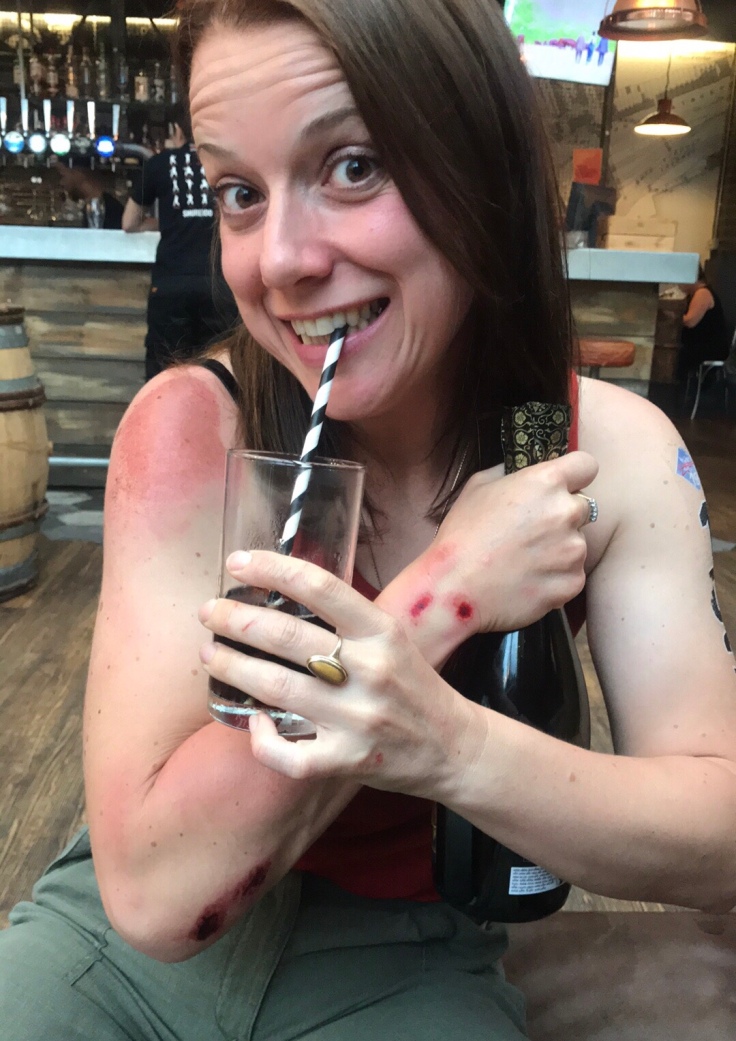